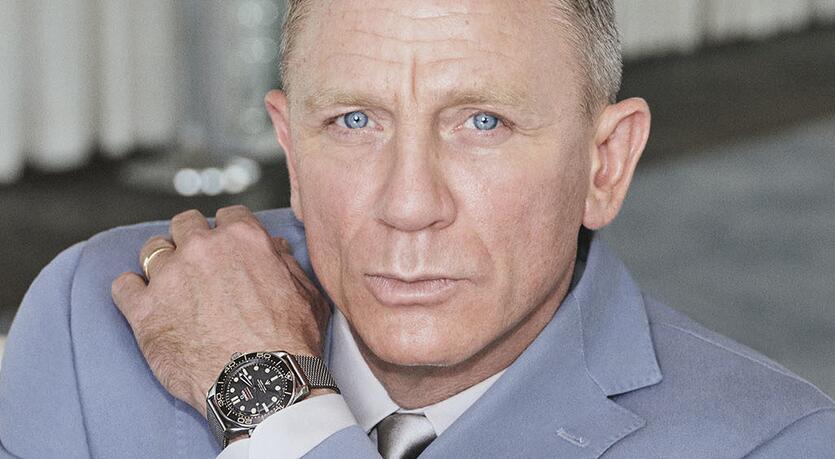 When Omega announced its Omega Seamaster Diver 300M 007 Edition in December 2019, it only added to the anticipation of the forthcoming No Time To Die film – the fifth and last installment to feature Daniel Craig as James Bond. We didn’t anticipate a global pandemic causing a nearly two-year wait for the film’s release.
This past weekend in Los Angeles, Omega pulled out all the stops to celebrate the release of the 25th film in the James Bond franchise. In attendance was Omega Global Ambassador, Daniel Craig, 007 producer Michael G. Wilson, Omega’s President and CEO Raynald Aeschlimann, US Brand President Arnaud Michon, and other luminaries such as Omega ambassador Alessandra Ambrosio and Friends of the Brand, Justin Hartley and Julia Michaels.
Watchonista has covered Omega’s relationship with James Bond extensively. We’ve even interviewed Mr. Bond himself, Daniel Craig. The two characters, an iconic Swiss watchmaker and an international man of mystery, date their courtship back to the 1995 release of Goldeneye, which in the film, then-Bond Pierce Brosnan wears an Omega Seamaster 300M Quartz Professional 2541.80.00.
Over the nearly three decades since their first rendezvous, Omega timepieces featured in James Bond films have varied in styling, but they’ve always maintained the use of the Seamaster model.

And while the colorways have changed over the years, the famed diver reference has remained steadfast on the wrist of James Bond, as Watchonista discovered during Omega’s No Time To Die event in Los Angeles earlier this month.
And while much virtual ink has been spilled about Omega’s Seamaster Diver 300M 007 Edition, the watch finally made its big-screen debut last weekend. I don’t want to spoil the movie, but I can say that out of all the Bond films (and I’ve seen them all), Omega’s presence in this film is probably the most visible the brand has ever been on the silver screen.