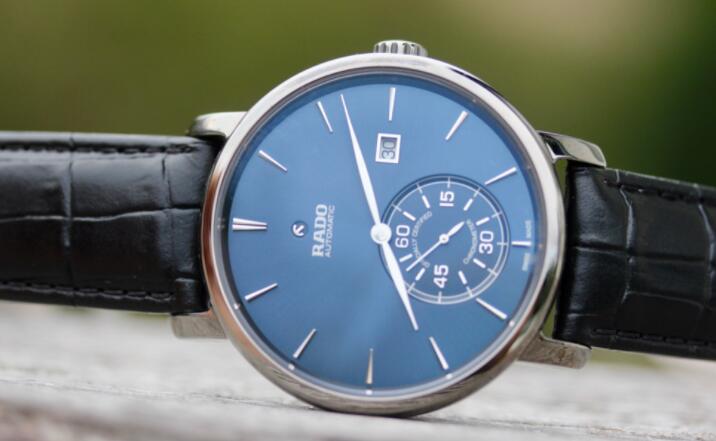 When you think of Rado – if you’re familiar with them – you know to expect a high-tech ceramic being used in some form or fashion. You might also expect some bold (even crazy) colors used to highlight and draw attention to the material. What you might not be expecting from the brand is something that looks more restrained or like a steel case. Well, that’s what we’ve got in the form of the Rado DiaMaster Petite Seconde.

Prior to this review, I had actually never handled a Rado in person. While I may have dealt with plenty of other watches coming from the Swatch Group, and written about Rado from press releases, for some reason, I never quite had one grace my wrist. Obviously, that changed with the arrival of the Rado DiaMaster Petite Seconde.
Now, given that Rado is a part of the Swatch Group, you’d be right to point the arrow in the direction of an ETA movement showing up in the case. Here, it’s an ETA C07.881 which is – at least for me – not one that is familiar at all (I’m more accustomed to the 4-digit varieties). What’s critical to note here is hiding away in the spec sheet.