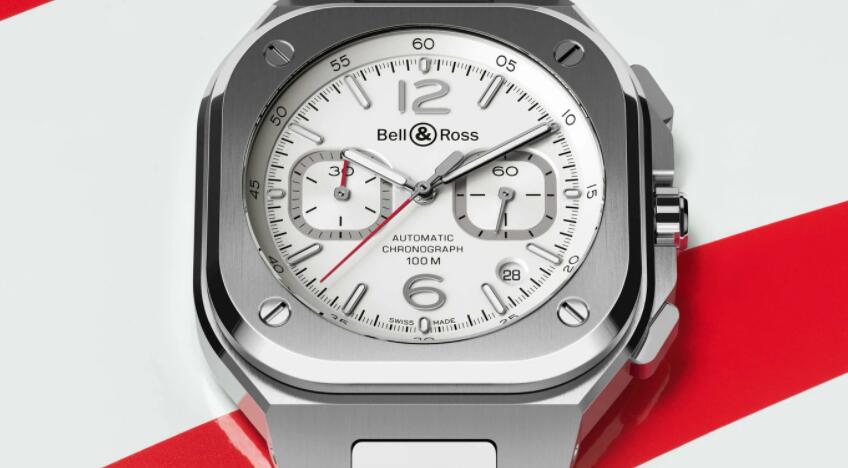 Bell & Ross are exceptionally adept with shapes, proportions and aesthetics and this is amply demonstrated across its broad collections, from the square-cased BR 01 which evokes the flight instruments of combat aircraft developed up to the 1970s where aircraft continued to rely on analogue instruments, before the advent of glass cockpits a decade later. It is also evident in the company’s round-cased BR V1 which marries the nostalgic charm of vintage timekeepers with the quality and reliability of a modern wristwatch. The company has never stopped stretching its design language further in tasteful steps, while its relentless push for higher performance from its watches have yielded some models with extreme endurance specifications.

In this scheme of constantly stretching itself, the company hit upon yet another winner in the squircle BR 05. Unlike the earlier BR 01 and BR V1, which dipped into action, adventure and design codes of the military with its attendant mud and danger, the BR 05 Chrono White Hawk is unreservedly urbane, sophisticated and relaxed, a sporty complement to the good life lived in times of plenty and peace. To this end, while Bell & Ross had released the black- and blue-dialled version of the BR 05 Chrono White Hawk, it is this limited edition with opaline white dial – the “White Hawk” – that most naturally epitomises the personality of breezy elegance.
An integrated bracelet is par for the course for this class of luxury sports watch; it is a design aesthetic that has been defined by another manufacturer, but Bell & Ross has made it its own with the BR 05. With alternating satin and polished facets, the integrated bracelet is beautifully made and just the right width to flow from the 42mm case. The four screws with their slots radiating from dead centre accent the bezel without crowding it, and the monochromatic colourway of the dial in white and grey is livened up by chronograph hands set apart in flaming red. The hour indexes as Super-LumiNova filled bars with rounded ends are just the right shape to complement the squircle case and the right length decorate the dial without making it look too busy. The same shape is executed in the hour and minute hands, also filled with Super-LumiNova. Typography of the hour numerals and dial markings are, as expected of Bell & Ross, impeccable, with a tiny round date window tucked between ‘20’ and ‘25’.

In less capable hands, the flat pushers could have stuck out awkwardly like a pair of animal ears… here, they rest off crown guards that flow from the angle of the case, forming an integral unit with the crown. Turning the watch over, the sapphire crystal display back bears a metalised motif of a hawk in silver, obscuring the view somewhat of the movement behind it; and not all-bad for it.
Watchmaking is diverse enough that brands can carve out their own niche specialising in something, such as endurance, high complications, heritage, desirability; enough putting any company in a box, we can say that Bell & Ross does handsome, and it does it very well indeed. The symmetry and measured bulk of the BR 05 carries itself with easy charm and charisma; it was just waiting for a white dial to fully wind down and sip on a martini. In that regard, we hope Bell & Ross also releases a white BR 05 Chrono White Hawk in a non-limited edition at an appropriate time.