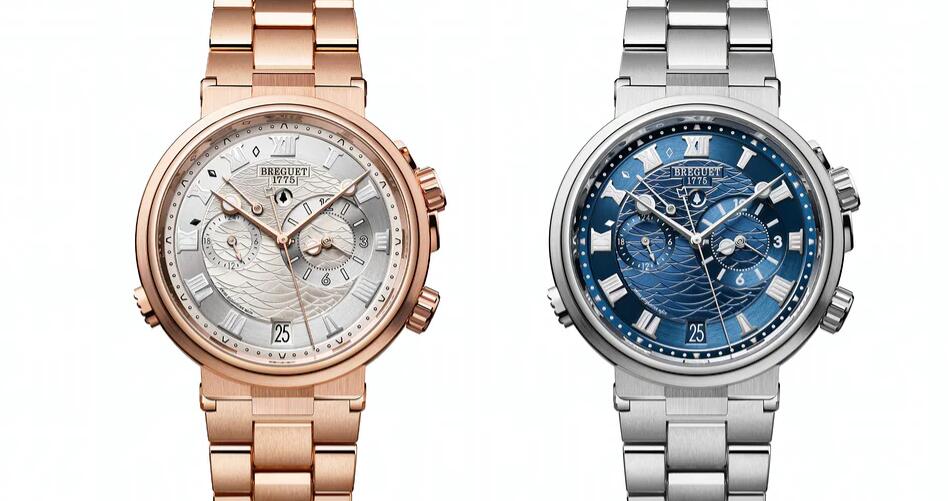 The most popular and widely used alarm watches, such as the JLC Memovox and the Vulcain Cricket, have all tended to have one thing in common, which is that the alarm is usually designed to be as loud as possible, rather than necessarily pleasant to listen to per se. This seems more than reasonable, and to me, very much in accord with the intended function of an alarm watch which, after all, is not to beguile the spirit of a pleasant hour with melodious harmonies, but rather to simply mark an important point in time and to summon a sleeper forth into the daylight world from the realm of Morpheus, however seductive it may seem to remain there.

With all that said, it is also true that there have been a much smaller number of much more exclusive and expensive alarm watches which have indeed sought to make the alarm not merely an alert, but also a pleasure. I think, for instance, of the Patek Philippe Grandmaster Chime, which is probably the most extreme example; there is also, of course, the Ulysse Nardin Sonata, which also rings on a cathedral gong à la une montre repetition minutes, if you are looking for a more hifalutin’ wake-up call. Another such watch is the Breguet Marine Alarme Musicale, which originally debuted in titanium, rose gold, or white gold, with a bracelet only available for the titanium model.

The latest news from Breguet on the Breguet Marine Alarme Musicale titanium this year is that the rose and white-gold models can now be had on a bracelet as well; however, as HODINKEE has not to date covered the complication, I thought we might take a bit of a closer look. The Marine Alarme Musicale has a movement which has several functions – in addition to the alarm (which rings on a gong) and which is powered by its own dedicated mainspring barrel, we have a second time zone indication at 9:00, with another subdial showing the time for which the alarm is set at 3:00. There is a small window at 12:00 showing whether or not the alarm is activated, and finally (and rather usefully), there is a power reserve indication for the alarm function between 9:00 and 12:00 (setting and arming an alarm being of obviously little use if there is not enough power in the barrel to set things off).

The movement is the caliber 519F/1. This was originally developed, I’ve read, as a collaboration between Nouvelle Lemania/Manufacture Breguet, and F. Piguet/Manufacture Blancpain, and indeed Blancpain does have its own Villeret Réveil GMT, which has a very similar dial layout with the exception of the placement of the GMT hand at the center of the dial rather than in a dedicated subdial at 9:00, as seen in the Marine Alarme Musicale. The two watches are, however, quite different in look and feel. The movement in the Blancpain is the caliber 1240H.

The Blancpain caliber 1240H is shown below, with the automatic winding train removed. This is, from a technical perspective, an interesting comparison to make – and it also goes to show you just how much of a difference what you might pejoratively dismiss as mere cosmetics can make in the overall perception of a watch. The Blancpain, though it has the same movement genetics as the Breguet, feels like a watch that has almost no relationship to it. On the one hand, we have a rather more formal than not, relatively restrained, elegant complication whose design would not have looked out of place had the watch debuted in the mid-20th century.

In the Breguet, on the other hand, we have a watch with very much a modern, luxury sports watch feel, especially in combination with the metal bracelets. The Breguet Marine Alarme Musicale titanium is a watch that, characteristically, revels very much in the accumulation of detail while the Blancpain takes pride in more or less exactly the opposite approach to design aesthetics.  In both cases, the watches have a silicon balance spring (which has become more or less de riguer in Swatch Group movements, the Omega calibers 321 and 1861 among the exceptions) and share a 4 Hz frequency, a 42-hour power reserve, and so on.

With respect to real Breguet watchers, the news is that you can have the Marine Alarme Musicale on a bracelet in all three metals rather than just titanium. Whether or not you will prefer a strap or a bracelet is, I think, a very personal matter. After all, there are few choices that can offer as dramatically different an experience of a watch than whether it is on a bracelet or a strap, and there is, in addition to the difference in tactility, a fairly significant difference in weight, especially in precious metals (this would be less of a consideration with the titanium model).

All that said, for my tastes, I would take this one in rose gold with a rose-gold bracelet. Breguet’s stock in trade has often been extremely refined and elegant watches that look very much back to the designs of the Master himself, from his floruit in the late 18th and early 19th centuries, and if you are going to break with that, I think to do so with something that has a bit of the barbaric, geometric splendor of the modern ultra-luxury sports watch idiom is the way to go.

Back in June, I wrote an introductory article for the new Breguet Marine models for 2020. Although technically not new models, the three new additions to the collection debuted a full metal bracelet. In my article, I expressed my appreciation for the engineering, the quality, and the finishing of the watches and especially the new bracelets. Fast forward a couple of months, and I had a chance to find out whether the watches and bracelets are as impressive as I had envisioned them being. I had a chance to go hands-on with the Breguet Marine Alarme Musicale.

Before I started writing this article, I thought about how to make this work. The first thing that came to mind was a photo essay of Bert’s incredible images of the watch. In essence, they will tell you a big part of the story, from the tremendous overall presence to the incredibly detailed dial to the simply brilliant bracelet. Just looking at the pictures is enough to recognize this is an exquisite piece of craftsmanship.

But it would also be selling the watch short. Because the feeling I got from putting the Marine Alarme Musicale on my wrist was pretty impressive. No, this watch deserves a full review based on its transformative power. The Breguet Marine Alarme Musicale titanium is not just any rose gold watch. Seeing this, picking it up, putting it on your wrist, and wearing it is a layered process going from respectful appreciation to blissful admiration.

Checking out the watch and wearing it for a short time was enough to win me over. This Breguet Marine Alarme Musicale titanium made a lasting impression on me and had my facial expression go from amazed to mesmerized to sheer joy. Part of the experience was due to the watch’s incredible rose gold presence. But quickly followed by the impact of the dial, the complications, the finishing, the excellent eye for detail, and the impeccable quality of manufacturing. It’s like a gift that keeps on giving.

As I explained in my article on the Breguet Marine Tourbillon Équation Marchante 5887 — the flagship of the Marine collection — the story of the Marine collection goes back to 1815. In that year, Abraham-Louis Breguet was appointed Horloger de la Marine Royale. Being the official chronometer maker to the French Royal Navy was one of the most prestigious titles a watchmaker could have at that time. And over the decades, Abraham-Louis Breguet and his sons and grandsons created an extensive series of marine chronometers for the French Royal Navy.

All three models are available in Breguet Marine Alarme Musicale titanium, white gold, and rose gold. Up until this year, the titanium version was the only one available on a bracelet. But for 2020, Breguet introduced all three of the models with white gold and rose gold bracelets as well. A smart move as it gives these Breguet sports watches a sportier aesthetic, and on top of that, the bracelets are my preferred option for the Marine models. After experiencing the bracelets, it’s hard — or simply impossible — to go back to a leather strap.