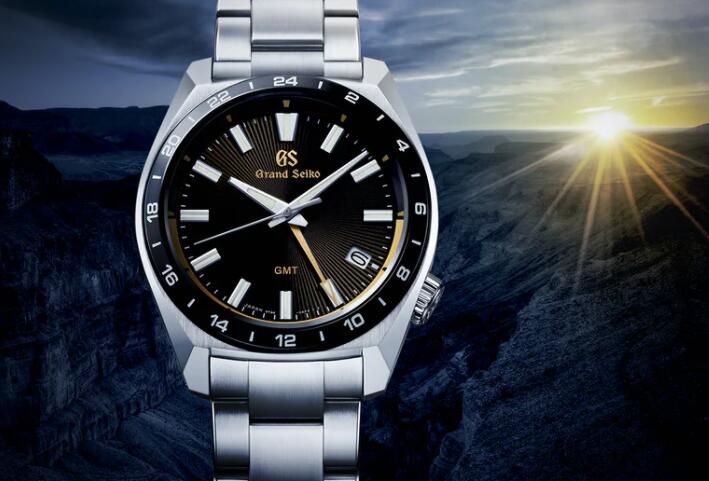 Let’s be honest: If the goal is to create the most accurate watch movement, quartz is the way to go. Seiko’s quartz technology nearly toppled the mechanical wristwatch industry all on its own once upon a time. And today, both Seiko and Grand Seiko create some of the most accurate quartz-powered watches on the market. Grand Seiko, in particular, has the Spring Drive, as well as its 9F movement series. Yesterday, the brand released a series of new GMT models in its Sport Collection, including a commemorative piece celebrating Grand Seiko’s 140-year history. It says a lot that GS is showcasing a quartz-powered watch for the occasion.

There are precisely three new watches coming into the GS’s stable of quartz GMTs: The SBGN019, SBGN021, and SBGN023  – all powered by the 9F86 movement. It’s the limited SBGN023, however, which gets the spotlight. It features a black ceramic bezel, signature Zaratsu polishing (which is watch speak for “witness the greatness of this finishing under a microscope”), an eye-catching dial, and a two-tone (now we’re talking) inner bezel.

The case design is more angular, sporty, and tool watch-y than on previous GMT models. There’s nothing refined in the look of the case, though I’m sure there’s plenty of refinement in its construction. I shan’t speak further on it without seeing it in the metal other than to mention that it’s 40mm in diameter and water resistant to 200m.

Inside the watch is the aforementioned 9F86 movement. The 9F series debuted in 1993, and the 9F86 was released in 2018 with the debut of the Grand Seiko Sport Collection Quartz GMT (the very same collection these watches slot into). This movement represents just about the world’s finest quartz watchmaking – full stop. You get quick-set date functionality and a local hour jumping GMT, and timekeeping that’s accurate to ± 10 seconds … wait for it … per year. That’s not new, but it’s still cool.

The first iteration of the Grand Seiko Sport Collection Quartz GMT had an undeniable Rolex Explorer II vibe – there, I said it. A lot of that had to do with the steel bezel. This new trio of Sport GMTs shakes things up. Gone is the steel bezel in favor of a ceramic one. Despite the fact that ceramic is about as common in watch design today as hands on a dial, this new look feels very Grand Seiko. Ceramic is also much more practical in terms of scratch resistance.

Across the board, these three watches (and in particular the anniversary LE) feel more mature than their predecessors. Each of the three dials has a radial pattern that shows off the brand’s penchant for interesting dial design. None of the color variants feel too loud. The black and red dial variant evokes a GMT color aesthetic that feels familiar (think the “Coke” GMT), and the blue variant is balanced with the blue dial and blue GMT hand/bezel combination. The anniversary LE feels the stateliest of the bunch, pairing gold with black. If you’re going to celebrate your history, go for the gold.

You might be thinking, “but it isn’t gold.” And you’d be right – but you’d also be wrong. While all three watches in the new collection are effectively the same, the LE adds a few flourishes, making it worth its limited and more expensive price point. Turning that watch over reveals a decorated caseback featuring the Grand Seiko emblem in 18k yellow gold and the watch’s individual serial number. Notice it’s limited to 2,021 pieces because, you know, 2021.

All three models come fitted to what appears to be the same three-link brushed stainless steel bracelet as the previous generation. And all three will be available in June.