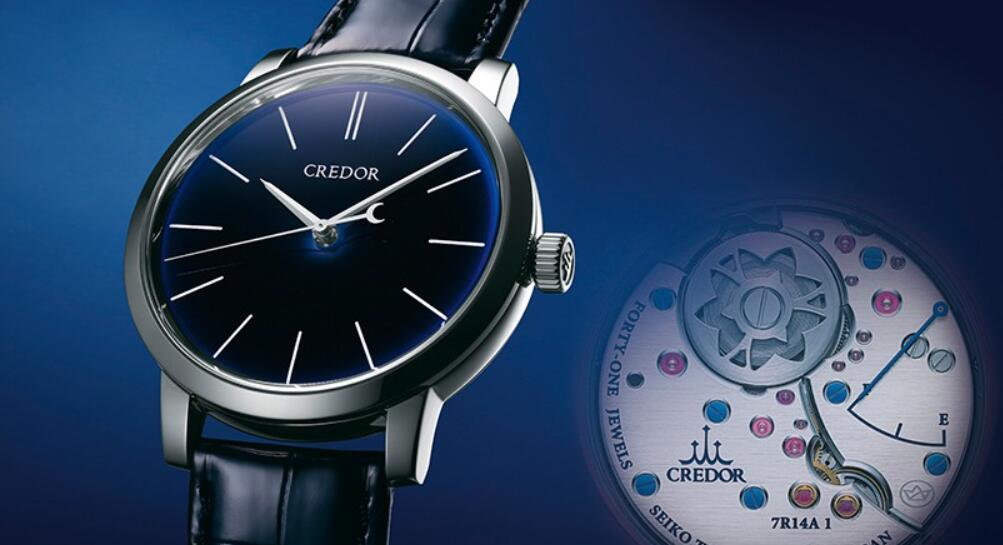 Since the first Credor Eichi was created in 2008, the combination of its beautifully simple design and the exquisite hand craftsmanship of its manufacture has made a lasting mark on the world horological stage. To begin a year of celebration of the 140th anniversary of the establishment by Kintaro Hattori of the company known today as Seiko Watch Corporation, a new edition of Seiko Credor Eichi II has been created with a Platinum 950 case and, for the first time, a blue dial.

Handcrafted and with a hand painted porcelain dial

Seiko Credor Eichi II  is the work of the elite team of watchmakers at the Micro Artist Studio in Shiojiri. It is made, assembled and finished by hand and, remarkably, each of the 12 indexes and the letters of the name Credor are hand-painted on to the porcelain dial by one of studio’s own craftsmen. Now in its 20th year, the Micro Artist Studio created not only Eichi (2008) and Eichi II (2014) but also many others including the Credor Spring Drive Sonnerie (2006) and the Credor Spring Drive Minute Repeater (2011).

The mysterious, deep blue of Ruri

Known as Ruri in Japan and elsewhere as lapis lazuli, this deep blue color has entranced makers of jewelry and other objets d’art for centuries because of its intensity and its richness. It perfectly suits the simple, clean layout of the Eichi II dial and provides the ideal contrast to the white indexes and hands. It took over two years to develop this particular shade of Ruri blue and to achieve it requires each dial to be fired repeatedly, a process that takes place at the Micro Artist Studio under the close supervision of the studio’s own craftsmen. Thanks to the Spring Drive movement, the white seconds hand moves in perfect glide motion across the Ruri dial, creating a powerful experience of the true, continuous flow of time.

The dial has a gentle curve thanks to the careful application of the porcelain glaze which creates a surface tension, giving it a slightly domed shape. The very nature of porcelain leads to the glaze being slightly thinner at the edge and center of the dial so that, as light plays across each dial, it reveals its own particular shades and tones.

The Spring Drive 7R14 movement is a joy to behold. It has a two-piece bridge for strength and stability and the eye is caught by its perfectly beveled edges. The rims of the bridges, the holes for rubies and the screws are all expertly hand polished to a perfect mirror finish and the tempered blue screws stand out in contrast to the hairline finish of the bridges to heighten the perception of the perfection of the engineering. The barrel has the shape of the bell flower that is the symbol of the city of Shiojiri and a slender, tempered blue hand indicates precisely the power held in reserve. The Spring Drive movement is manual-winding and features the unique Torque Return System* which delivers a power reserve of 60 hours.

*Torque Return System: When the mainspring has been fully wound and the torque output is at its highest, approximately 30% of the available power is not needed to maintain the precision of the watch, and is in effect wasted in a normal movement. The Torque Return System uses this energy to rewind the mainspring, resulting in an increase in the power reserve.

This Eichi II watch will be available in January 2021, and its release marks the beginning of a year of celebration of the company’s 140th anniversary.

Created in 1974, Credor is a luxury dress watch collection that uses the very finest materials in the creation of timepieces that showcase Japanese aesthetics and engineering excellence. Each Credor watch is produced by master watchmakers, ensuring the enduring beauty and quality of every watch.